Seven athletes and four supporters made the long journey to West Australia to take part and support the 11th Australian Transplant Games, and very much made their mark on the event.

The Australians made Team New Zealand very welcome, and our participants consisted entirely of those who had competed in the World Games in Bangkok. This familiarity proved to be more than useful in the days to come. Friendships that were struck in Bangkok with some of the Australians were renewed, and that old Kiwi v Aussie sporting rivalry took little time in coming to the surface. 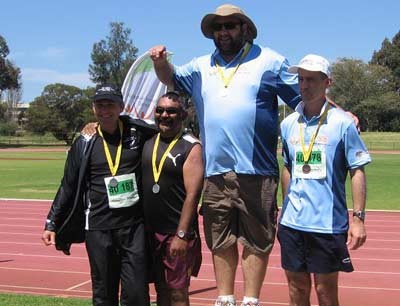 The Australian games are not only for physical events, they have some games for the mind also and this ensured that most had something to do on each day.

The opening ceremony was set for Sunday afternoon, but Ken Newlands could not wait that long about setting the standard, and with gusto secured Team New Zealands first medal of the games on Saturday afternoon in the kayaking, with great silver.

Sunday morning brought a host of activities, and all of Team New Zealand headed for Langley Park to take part in the Petanque. In the singles, Lesley Johnstone, Sara Ford, Bryan Eckersley and Dave Swarbrick all collected bronze medals, with Ray Morrissey going better for gold. Further medals soon followed in the pairs with Sara Ford and Pauline Murphy following on from their success in Bangkok, this time a silver, which meant that even before the opening ceremony, all of Team New Zealands athletes had secured at least one medal!

After the medal presentation, all headed to the Perth Concert Hall for the opening ceremony, and from there to the opening dinner at Gloucester Park trots, and a night at the races. All had a good evening, especially those who caught onto Ken Newland’s son’s ability to pick a winner, and were prepared to back his judgment! 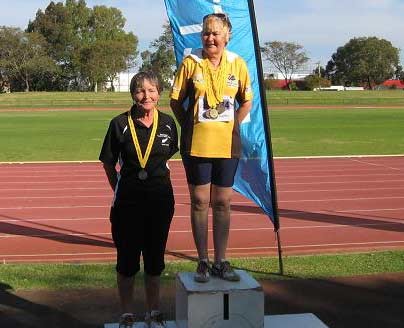 All gathered again on Monday morning at Langley Park, this time for the Teamlife Games Parade through to The Esplanade in the heart of Perth City, which culminated in the Mayoral welcome, and the release of hundreds of butterflies as a sign of life.

Dave Swarbrick and Ray Morrissey stayed in the locality that afternoon, to take part in the chess tournament, with Dave outwitting Ray to secure silver, leaving Ray more than content with bronze. 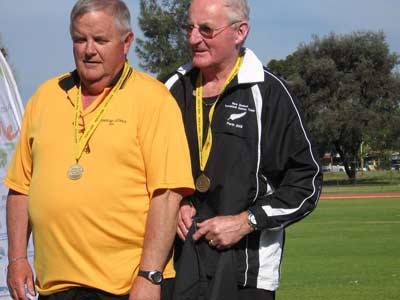 Tuesday saw the grey matter tested again, and Pauline Murphy scratched her head many times, all with great effect as she secured gold in scrabble. As a headache ensued for Pauline, Ken Newlands and Dave Swarbrick were battling for medals at the table tennis, and returned with a well earned bronze in the doubles. That evening saw Ray Morrissey stand at the oche and throw his way to a bronze in the darts.

Wednesday sent us on a trail of medals at the 10 pin bowling. Great success followed, with Sara Ford getting silver in the singles and pairs, and Dave Swarbrick securing gold in the singles, and a bronze in the pairs with Bryan Eckersley. As the medals flowed at 10 pin, Ken Newlands kept the flag flying at the tennis with an outstanding effort in securing a silver medal in the singles.

Thursday again saw the medal count rise. Ken Newlands winning gold in the badminton doubles. Dave Swarbrick and Ray Morrissey set out early to go and play golf at The Vines, and both returned with medals for their efforts on the day, with Dave getting a silver and Ray a bronze.

Friday was devoted to athletics, and Team New Zealand walked and threw its way to another great day. The 5km walk saw Bryan Eckersley get gold, Ken Newlands silver and Ray Morrissey a bronze in their respective age groups. It was a great day for Bryan as he secured a further gold in the shot put. Lesley Johnstone collected a bronze in the ball throw, and Dave Swarbrick capped an outstanding games with silver in the discus, his eighth medal, and Team New Zealands twenty seventh of the games.

That evening brought an end to an eventful week at the gala dinner held at The Hyatt Regency Hotel, where all enjoyed a great nights entertainment, and exchanging best wishes and farewell’s to our hosts, and a hope to see them again at the next Australian Transplant Games, in 2010.